Protecting Our Water, Despite the Trump administration

In Michigan, water is part of our identity. We are the Great Lakes State, after all. We have a duty to protect our water to make sure we can drive our economy forward and ensure the health of our communities and families.

Unfortunately, President Trump does not take this responsibility seriously. His administration’s policies threaten Michigan’s water and communities in a number of ways.

President Trump repeatedly puts our families at risk by proposing dirty budget after dirty budget. Trump’s 2021 budget proposal doubles down on his Dirty Water Agenda and compounds the damage from his reckless government shutdown. It would cut the Environmental Protection Agency's budget by 27%.  It calls for $780 million in new cuts to the largest source of federal dollars for water infrastructure, the Clean Water and Drinking Water State Revolving Funds. It would continue to sell out our kids’ health and the great outdoors to corporate polluters. If the President had his way, EPA would disappear. Fortunately, some in Congress are listening to the hardworking families who have sent a clear message to put future generations before corporate polluter profits by prioritizing protections for air, water, wildlife, lands, and the Great Lakes, and rejecting drastic cuts to agencies and programs that are already underfunded. Learn more.

Getting the Lead Out

EPA recently proposed updates to the Safe Drinking Water Act's Lead and Copper Rule. But EPA missed the best way to get the lead out -- requiring replacement of all lead services lines. Learn more. 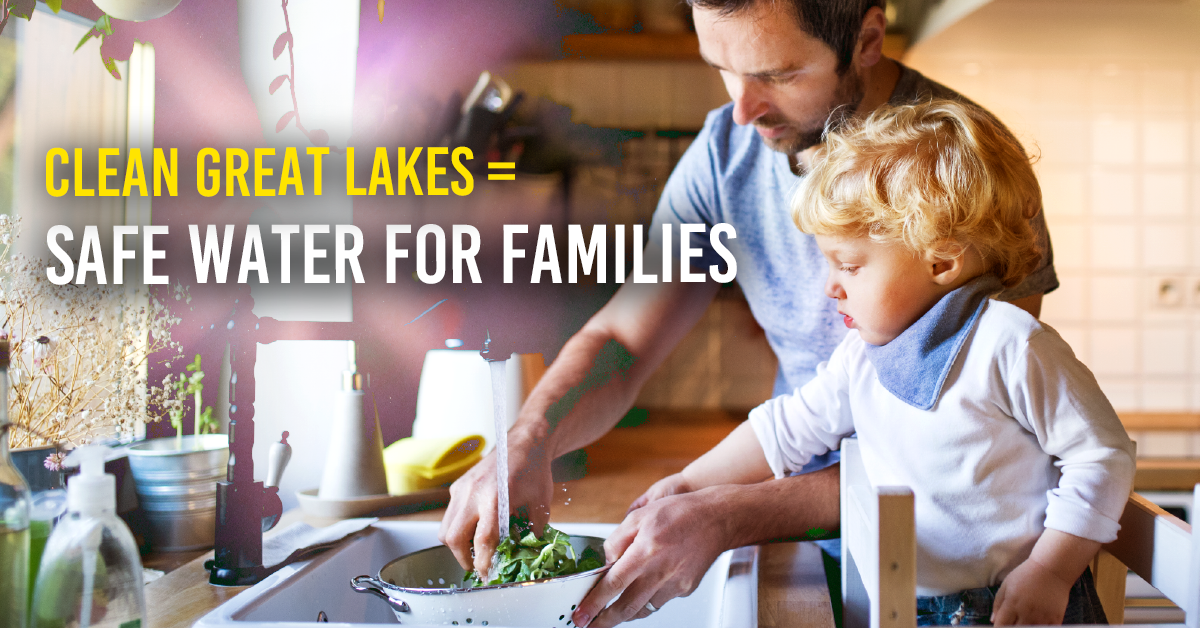 In early 2020 the Trump administration finalized its “Dirty Water Rule.” This will roll back Clean Water Act protections for more than half of wetlands throughout the country and millions of stream miles, resulting in the fewest protections for our water since the 1980s. It's a big giveaway to corporate polluters and will put water throughout the country at risk. Read more.

President Trump’s agenda puts fossil fuel companies and polluters before public health by giving corporate special interests exactly what they want. Trump’s Environmental Protection Agency (EPA) has proposed weakening commonsense protections that require coal-fired power plants to reduce the amount of toxic pollution they discharge into our water. Affordable technologies exist today that can eliminate nearly all of this pollution, but the dirty power companies and President Trump want to put polluter profits ahead of public health protections. Learn more.

The administration's reckless move to speed up dirty energy infrastructure development and limit state input is another senseless attempt to sidestep critical safeguards like the Clean Water Act. Eliminating water protections to speed up the fossil fuel build out will undermine our kids’ health and safety for generations to come. Learn more.

The Trump Administration's proposed rollbacks of the National Environmental Policy Act (NEPA) is dangerous. NEPA is our nation’s foundational environmental law that requires the federal government to consider the environmental impacts of projects. The Trump administration has proposed changes that would dramatically weaken NEPA, making it harder for communities to speak out against risky or poorly planned projects. Learn more. 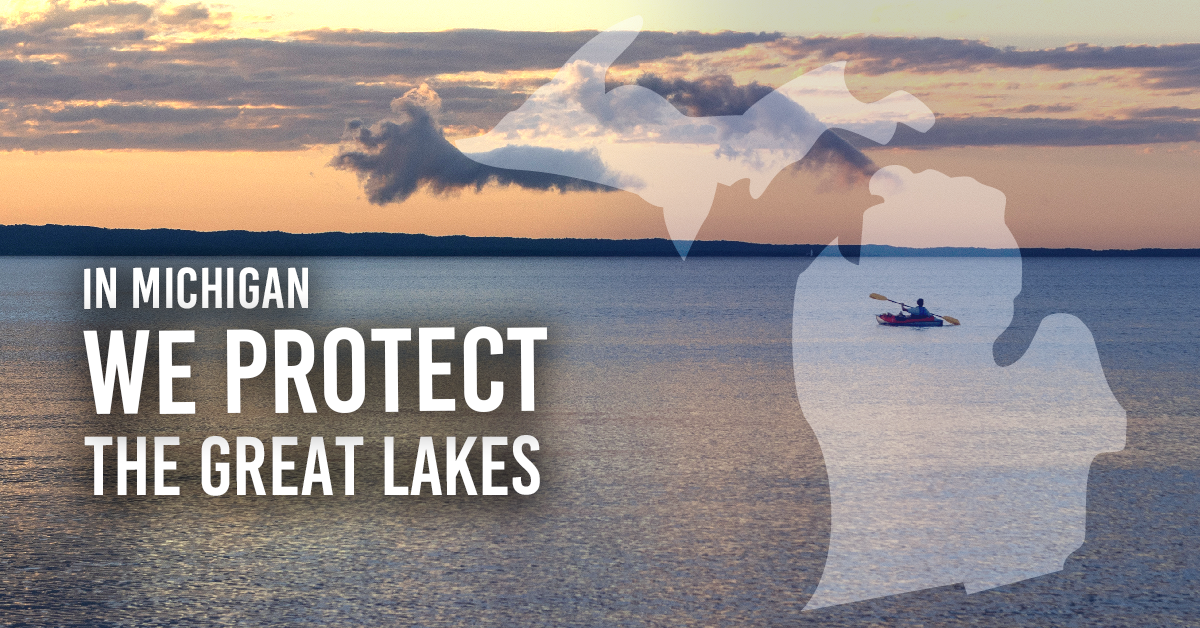 Taking on the Forever Chemicals

In the absence of action from the Trump administration on toxic PFAS chemicals, Michigan must take a proactive, aggressive approach on these "forever chemicals." We have to safeguard the health of our families and communities and the quality of our drinking water and Great Lakes. Michigan can lead the way and set a strong example for other states dealing with PFAS contamination. Take action here. Learn kore about PFAS here.

The Trump administration is not above the law.

Making it easier for oil and gas developers to evade vital protections to build fossil fuel pipelines and other infrastructure puts our kids’ access to safe drinking water at risk in service of polluting corporations. Hardworking families deserve a clean and sustainable energy future that strengthens communities, not one that wastes taxpayer resources to strip away vital protections for our water resources and kids' health.

Help stop this agenda -- take action on Trump's agenda to weaken protections for our water.

Demand that the Trump administration put our water and health first!

We have the power to change things and ensure Michigan’s rivers, streams, lakes, and drinking water are clean and safe for everyone to rely on and enjoy.

Join the Clean Water email list to find out how you can join others in taking action to protect Michigan’s water.

Want to know more? Check out the links below.

Related Content:
The Least EPA Could Do on PFAS
Letter from 55 Groups Opposed to EPA's Do-Nothing Chemical Spill Plan
The Magna Carta of Environmental Laws is Under Attack
Doing Something About EPA's Do-Nothing Plan
You Call this Advancing Water Infrastructure? - A Rant on the Worst Infrastructure Week To Date
The Dirty Water Rule would mean more oil and gas wastewater in rivers and streams.
Input on Development of the Draft National Water Reuse Action Plan
What I told EPA in Kansas City
Comments on Definition of “Waters of the United States”
Issues:
Water
Campaign:
Civic Engagement and Elections in Michigan
Region/State:
Michigan, National