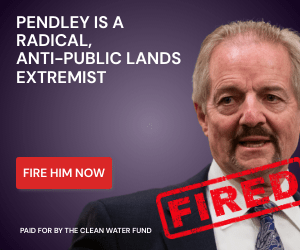 UPDATE: Friday, September 25, 2020 -- today a federal judge found that Pendley's position as acting director was in fact a violation of the law and ordered him to stop serving in that role. He is still at DOI and the Department has pledged to immediately appeal the ruling.

Pendley is an anti-public lands zealot who is currently serving as acting director of the Bureau of Land Management in violation of the law.

He is unfit to serve as the director of the Bureau of Land Management.

Recently the Montana-based Western Values Project released the results of a survey of nearly 3,800 voters today, revealing that 61% of people disapprove of Pendley’s de facto role as Acting Director of the BLM.

Bottom line -- William Perry Pendley’s continued tenure as Acting Director of the Bureau of Land Management is egregious.  Congress knows that - which is why his formal nomination fell apart. Pendley is anti-public lands, anti-environment, and anti-science, and he has absolutely no intention of protecting our public lands, wild spaces, and clean air and water, which is a critical part of what the BLM is designed to do.

He should be fired.

Send a message to your Senators today -- ask them to tell the President to fire William Perry Pendley. 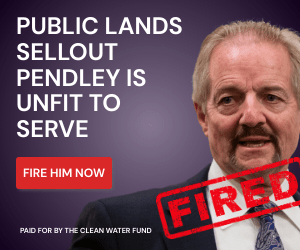 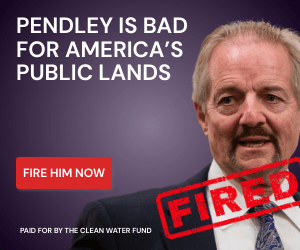