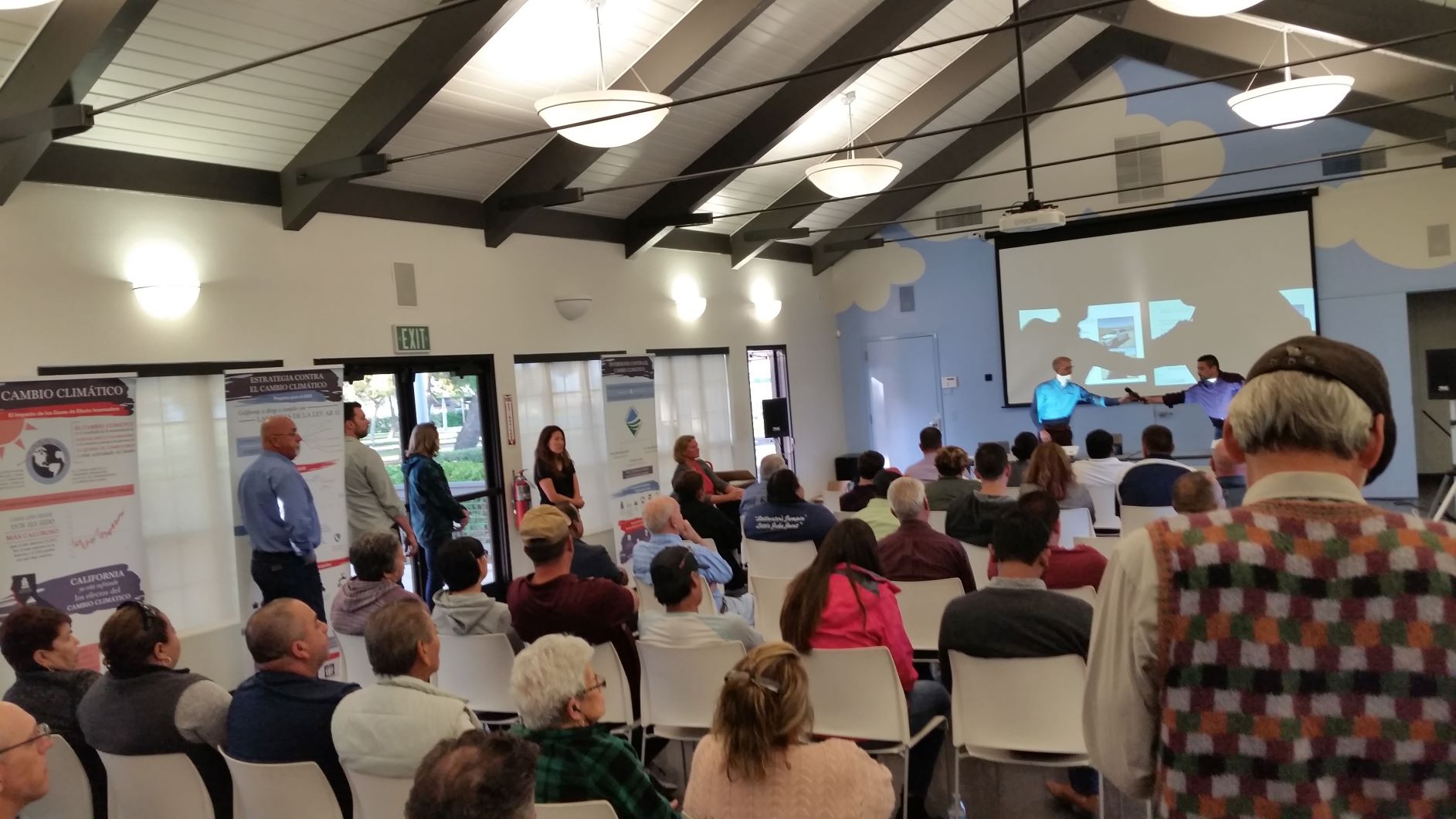 On May 13th, with the symbolic press of a green button, Comite Lost Hills En Accion (Committee Lost Hills in Action), successfully launched the SNAPS (Study of Neighborhood Air near Petroleum Sources) air pollution monitors at the California Air Resources Board SNAPS  Kickoff in Lost Hills.  Over 25 community members joined the launch and celebration.

Lost Hills is the first community selected to host SNAPS monitors.   During the three to six months during which they will be in the community,  they will monitor air contaminants such as: Volatile Organic Compounds(VOC's), Criteria Pollutants( Particulate Matter, Carbon Monoxide, Sulfur Dioxide, Ozone), Toxic Air Contaminants (TAC's), Metals, Glycols, Black Carbon, Hydrogen Sulfide (H2S) and Methane. All of these are harmful to human health and contribute to issues such as bronchitis, asthma, nose bleeds, pulmonary problems, cardiovascular issues, cancer, and irritation of the skin, eyes, nose and throat.

While one mobile monitor moves throughout the community,  one stationary monitor will be located in the center of town, which sits approximately half of a mile away from the sixth largest oilfield in California.  These monitors will help illuminate the impact of oil and gas emissions on community members, characterize the various pollutants, and identify pollution sources. Additionally, with the data collected, we will be able to work with all stakeholders in the community to advocate for a means to reduce air contaminants and improve overall community health.

At the kickoff meeting, I spoke with one of the senior Comite Lost Hills En Accion members who has lived in Lost Hills for many years. She said she was happy about the air monitoring efforts, because she has always loved sitting on her porch in the evening and it has been difficult for her to do so given that the air exacerbates her asthma and forces her to use both of her inhalers, which is unsustainable from a health and financial perspective.

CARB selected Lost Hills as the first community for SNAPS air monitors in part because of the strength of local community advocacy; I look forward to continuing my work in Lost Hills with this community of engaged residents.