Perspectives on Groundwater Sustainability: Jane Wagner-Tyack with the League of Women Voters of California 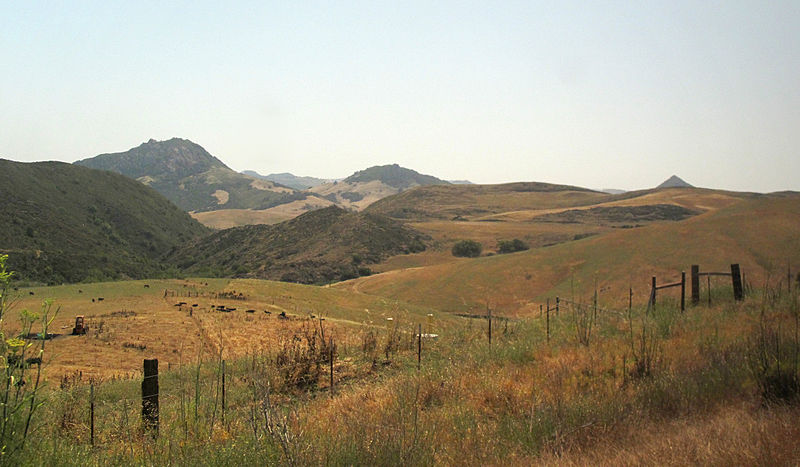 Perspectives on Groundwater Sustainability: Jane Wagner-Tyack with the League of Women Voters of California

How did you get involved with sustainable groundwater management issues?

I have been following water issues in San Joaquin County for a long time because I used to work with Restore the Delta, which focuses on protecting fisheries and farming in the San Francisco Bay-Delta and estuary. While working on these local issues, I began following water policy for the California League of Women Voters (LWV). I’m now co-director for the LWVC Water committee, and I’m the League’s legislative analyst for water. The state League has a long relationship with California’s environmental and environmental justice NGOs, which is how I met Jennifer Clary.  Jennifer talked to us about trying to get LWV people involved in the SGMA process around the state.

Locally, I started asking about when public outreach was going to happen for the Groundwater Sustainability Plan (GSP) process.  In 2015, I arranged for the San Joaquin County League to host a workshop with presentations by heads of several water agencies in the Eastern San Joaquin Subbasin. I assumed that the different local water agencies were in regular contact with their customers about important issues like groundwater and that they would be happy to take advantage of the opportunity to educate the public about what was happening with SGMA.  I learned that that was not the case.  This is not a subject that engages people who don’t already have some reason to be concerned about it.

What has been your experience of the GSP process and what challenges are you currently facing with that process?

The first big challenge is that we had seventeen Groundwater Sustainability Agencies for our Groundwater Sustainability Plan (we now have 16), and they realized that they needed a governance structure so that they could work together; they are not necessarily used to collaborating. Not all of the agencies that decided they wanted to be GSAs will be impacted by SGMA in the same way; for example, the two Delta water agencies that are part of the Subbasin don’t rely directly on groundwater at all.  The agencies saw the SGMA process as a way to assert their autonomy, and they spent three years deciding things like how they would make decisions and how to apportion costs. This left them too little time to actually develop the GSP, including getting broad public engagement.  They’ll meet the deadline, but I think the plan would have been stronger if they had had more time to do it.  Now they are figuring out a way to work together to implement the plan, including how to pay for that implementation.

Why is community involvement in groundwater sustainability important in your basin/region?

A big challenge here is that in the most overdrafted part of the subbasin we have a large agency (covering 20% of the sub-basin) that has no land-based assessment for water.  This agency has surface water rights that they haven’t been able to exercise much of the time because they haven’t been able to build or maintain the necessary diversion infrastructure.  They’ve tried several times to pass an assessment, which has to go through the Proposition 218 process; they were finally successful with a very narrowed down in-lieu recharge project. So a major public engagement challenge here is how to get the users in that area to understand why they should pay for something they have been getting for just the cost of electricity to operate a pump. Users need to understand why groundwater needs to be managed in order to be persuaded to pay for managing and using it.  This isn’t just the government trying to make their lives difficult.

It’s not clear at this point how much domestic well users and community water users are going to be impacted by the GSP; those of us concerned about outreach haven’t been very successful in identifying where those users are.  I’m not aware of communities in the Eastern San Joaquin Subbasin who labor in agriculture but can’t access the clean water for drinking that agriculture can for irrigation. But I think that if we are trying to identify disadvantaged communities based on median household income, we will miss a lot of vulnerable people reliant on wells for their water.

In Lodi, where I live, the background material used in developing the GSP has identified the city of Lodi as 75% disadvantaged. And we’re all using the same municipal water.  Other metrics, like CalEnviroScreen, provide more criteria than income for determining disadvantage.  But even then, data used to track disadvantage don’t necessarily align with people’s sense of their own situation.  We need another way to talk about vulnerability and why people might need additional support or be particularly impacted by groundwater management.

What are some outcomes related to sustainable groundwater management that you advocate for/ are committed to make happen?

One of the things that happened as a result of me complaining about no outreach was that San Joaquin County gave me a contract that included community outreach. I’ve focused on trying to make sure that the SGMA process is transparent and understandable.  Information needs to be presented in ways that people understand. A lot of the outreach material has been far too technical. Transparency also needs to happen with implementation going forward.  People need to be engaged in a way they can understand and relate to.  But to begin with, you need to get people’s attention. Consultants sent notices by mail or email to people whose names appear on one list or another, but that in itself isn’t effective in engaging anyone.

In general, I’m still trying to figure out how to find people who should know about the GSP but don’t.

Another thing I’m concerned about is well permitting.  There are parts of three counties in the Eastern San Joaquin Subbasin.  In San Joaquin and Calaveras counties, the purpose of well permitting is to prevent groundwater contamination.  By contrast, Stanislaus County has adopted a groundwater ordinance "to prohibit unsustainable extraction of groundwater in unincorporated areas of the County."  I think the whole subbasin should meet that standard.  Well permitting should be discretionary, not ministerial, and all wells should be monitored.  There is some local pressure to do that.  We already have anecdotal reports of interests from outside this county buying up foothill grazing land and planting orchards or vineyards, with a negative impact on existing nearby wells.

What happens if community members aren’t involved in the GSP process?

It depends on what part of the community we are talking about.  One grower said to me, “I’m not familiar with this GSP process. I’m just leaving it to the attorneys.”  Recharge and various supply-side projects and how to pay for them will be an issue for growers, and there will be pushback if it comes time to pay for projects or implement demand management strategies, but people didn’t know there was a process leading up to that.

I include growers as part of the broader community because I don’t see agriculture here as monolithic and generally at odds with environmental or social justice interests.  We have smaller scale farming here than is found in, for example, the Tulare Lake Hydrologic Region at the southern end of the Central Valley.  In San Joaquin County, which overlies much of the Eastern San Joaquin Subbasin, the average farm size (according to the 2012 USDA Census of Agriculture) is 220 acres, compared to 638 acres in Kings County and 1202 acres in Kern County.

Were agricultural interests given any kind of priority in the GSP process?

The only area where I saw anything suggesting that was with dairies, which are the second largest ag producers in San Joaquin County.  The GSP didn’t include any mention of nitrates or point source pollution related to dairies.  I commented on that in the GSP draft, and I expect it to be addressed in the revised GSP.

I haven’t seen domestic well issues and community water system issues triggering any kind of organizing in this subbasin.  The problem areas I know about were being addressed on some level by the GSAs that cover them even before SGMA. In general, social justice groups in this subbasin don’t have water problems on their radar; they are organized around matters such as disproportionate incarceration of minority men, maintaining cultural identities, and community sustainability broadly understood. We will have a better way of making the case that sustainable groundwater management is important to members of the public when we get to the implementation phase and have specific projects that need to be funded.

In developing the GSP, the consultants to the Groundwater Authority formed a sustainability workgroup, and it included representatives of most of the stakeholders named in SGMA legislation, although no tribes were represented. (One tribal member I talked with recently said that it is difficult to find a tribal representative in this region).  The sustainability workgroup had pretty equal representation of ag, environmental, and social justice interests, and all participants were consulted and had some degree of input.  But, predictably, attendance and participation dropped off sharply as the process went forward. Consultants limited the size of the group to 25 (they wanted it to be 15, but I argued for more), and workgroup meetings were too tightly structured to allow for much creative brainstorming.  And when you don’t involve as many people as possible in the process, you lose the benefit of hearing a wide variety of ideas.