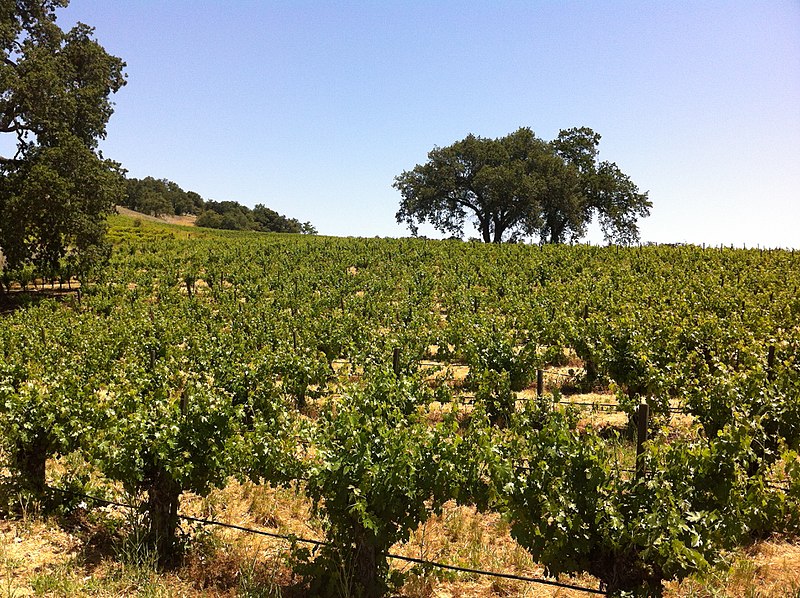 How did you get involved with sustainable groundwater management issues?

I have been a volunteer activist in the county for 20 years. As irrigated agriculture came in and started planting in the region it started to become obvious that we needed to pay attention to how much groundwater there was. In 2005, the County published a study they’d done of the groundwater aquifer and they published a second one in 2009 or 2010, and then a third one. As irrigated agriculture grew and we faced this drought, residents’ wells started to go dry. In the residential area within the Paso Robles basin (800 square miles or so, east of the Salinas River) there is something like 1100 groundwater wells and about 1000 of them are residential. That’s the only water that people in the rural area have, and the residents are only using 3-5 percent of the water while the rest is being used by municipalities and irrigated agriculture. Fifteen percent of the water in the Groundwater Sustainability Plan (GSP) is set aside for uses other than irrigated agriculture.

I’m commenting and reading GSP content and have served on the San Luis Obispo County Water Resources Advisory Committee and a Paso basin water committee that was convened in 2013 and met for a couple years while they looked specifically at groundwater in the Paso Robles area.

What has been your experience of the GSP process and what challenges are you currently facing with that process?

As we entered into the third year of the drought in 2013, groundwater levels became extremely critical for residential people and, even though the grape people weren't talking about it publically, growers were having trouble too—a high concentration of salts in the water was impacting some of the vines and there is one area where there are boron contamination issues. As the drought continued, the best water would get depleted and more of the older water with a lot of impurities was being pumped up also.

There was a lot of public participation around this issue in 2013 and 2014.  A group of irrigated agriculture people got legislation going in Sacramento that would have formed a state mandated water district over the whole area. The problem with the proposed district was that the voting structure would be one vote per assessed value, so the people doing all the pumping would have all the control and the 15,000 residents would have very little control. The board of supervisors designed a voting representation apparatus that they felt addressed the issue of giving residents more voice but residents felt that was inadequate and the proposed single water district plan was rejected by 72% of voters. When your neighbor’s wells are going dry, you start to pay attention to what’s happening with groundwater. At that time, agriculture was drilling huge wells that went really deep and they got USDA loans to pay for the new wells; residents did not get any help even though drilling residential wells deeper could cost them 25-30 thousand dollars.

On the property I live on, the well was originally drilled in 1971 and when it was developed the water was at 15 feet. Now it is at 50 or 60 feet but it’s also practically in the creekbed of a relatively large creek. There were people whose wells dropped by 70 feet or more, and many looked at having to put in new wells.

Can you tell me more about the response from irrigated agriculture to the groundwater management process?

There were two sets of grape growers who decided to set up their own kind of California water district. The largest district is around 70-100,000 acres, and they finished forming theirs in time to become a Groundwater Sustainability Agency (GSA). The second group of growers started too late to get permission from the County to form their own GSA. Paso Robles is a critically overdrafted basin so the plan has to be submitted to the Department of Water Resources (DWR) by Jan 2020 and then DWR has two years to come back to them. During GSP development, a representative from each GSA in the basin met for monthly public meetings for the consultants to present the draft chapters of the plan. That started last spring and comments on drafts were due September 30th, so for six months or so they were holding meetings but the majority of those present were irrigated agriculture people, and the vast majority of public comments were submitted by irrigated agriculture. Agriculture has lobbying groups, so they have plenty of influence on what goes into GSPs. There has always been a vocal group of wine agricultural people with magical thinking about there being a way to import water; one of the reasons they wanted a basin-wide district was so that rural residents would have to be responsible for some of the financial burden of imported and recycled water. Under the draft GSP, rural residential users are covered under di minimus use.

During the drought, the County enacted an urgency ordinance which required that new wells had to have a meter and new irrigated crops were subject to a 1 to 1 offset (one person has to stop irrigating in exchange for you to start irrigating). Five years ago, a lot of acres of grapes were planted and wells drilled to get vines in the ground before regulations came in.

Our draft GSP says that agriculture will need to cut back, but the problem is that there is nothing about requiring the GSAs to do anything right away about cutting back. No ordinance has been passed and there’s been no discussion about it, so nothing is being fixed. There is the potential that DWR might fail the plan because it is inadequate, in which case DWR would come in and manage the basin.

SGMA is better than what we had before. I hope there is enough information and planning in the plan that sustainability can be achieved. I think that there wasn't enough attention given to ensuring that drinking water quality does not deteriorate.  Also, we could continue to have very sporadic rainfall until actual metering and monitoring is in place, so I hope the plan is not overestimating what the actual yield will be.

Can you share some examples of how people have been impacted by groundwater management in your area?

In 2013, when the public was really starting to be mobilized and people were going to supervisors meetings and saying “you need to fix this problem,” we compiled a list of 60 people who had to drill a new well or who had needed to buy water at the height of the drought. One woman retired here, and she bought a small place surrounded by vineyards. She had to put in a new well and it cost her 30,000 dollars. After the well went in, she sold her place and moved to an area without water problems. I knew others who moved because they were frustrated with how slowly the board of supervisors was fixing the problem.  In rural areas, people on fixed income or low income were hit especially hard because they had few alternatives.

What are your areas of focus going forward?

I'll be interested in what commentary DWR sends on this. I know that previous to DWR involvement in SGMA, I would not be confident that they had the expertise or cultural will to oversee this problem on such a large scale because there are so many high risk basins. A lot is riding on this and we need to see what kinds of reviews DWR does. We need to watch as the County moves through adopting ordinances that will require the necessary water use cutbacks.  Maybe the irrigated crop industry will reach the point where they realize they need to do more self-regulating if they want to survive here.